The Night Was Clear,And The Moon Was Yellow... 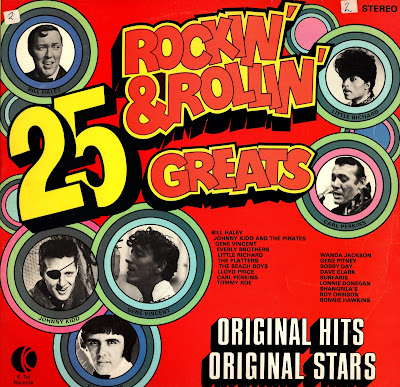 Another great compilation from K-Tel.
This time some of the Rock 'n' Roll pioneers.
A massive 25 tracks on one album.
Admittedly most of them are pretty short.
The story behind this is it was one of those records
that was in the house when I was younger.
Due to moving and whatever else was going on
it disappeared.
A few years ago I tracked it down on ebay.
And here it is in all its glory.
Expect a few pops and crackles there's only so
much I can do before I ruin it!
Released in '72. 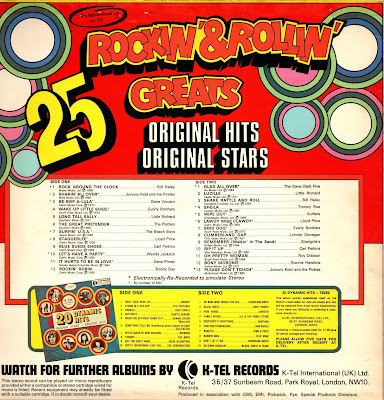 Other Blogs To Visit